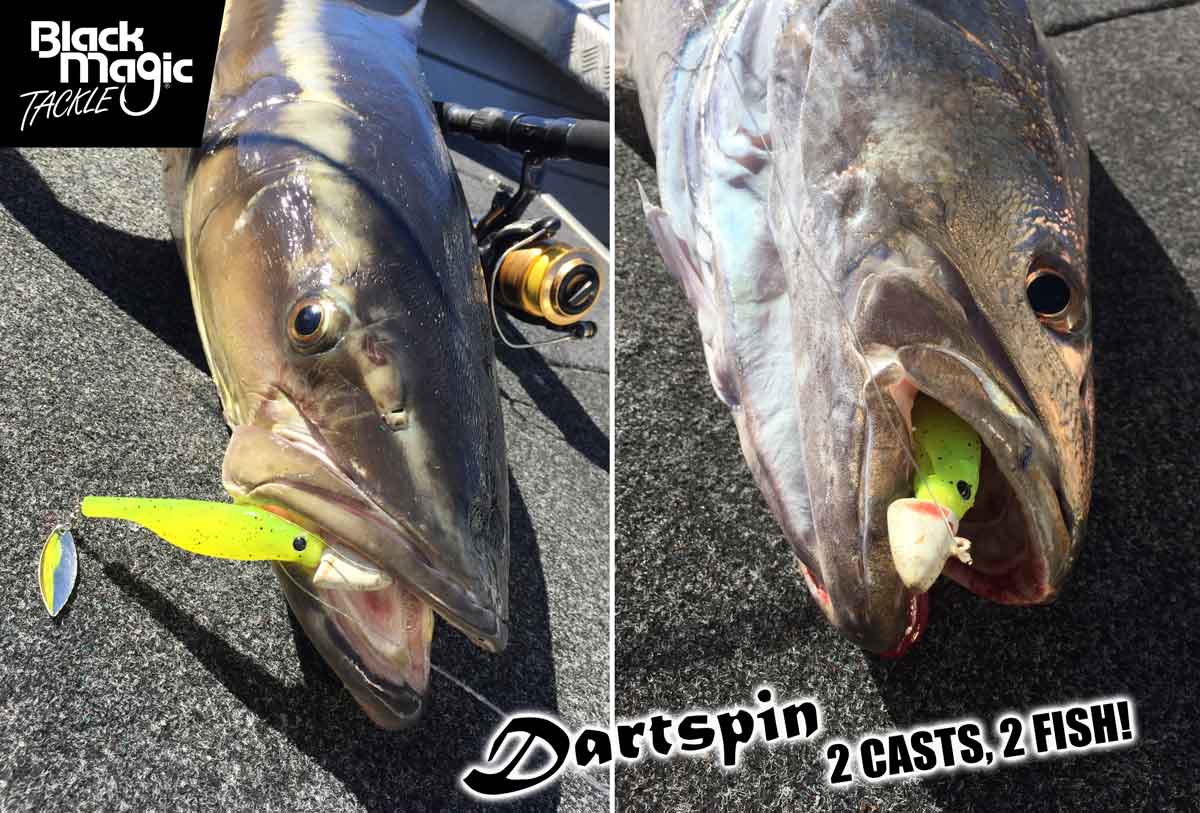 “I headed out around lunch as the weather was good and my kids had finished sport for the day. I anchored on the artificial reef off Stradbroke Island in 25m. The area was holding plenty of bait so I loaded up on Yellowtail and set one out on the surface and another down just off the bottom. Whilst I was waiting for a bite I decided to flick out the new Dartspin on a 3/4oz jig head with 40lb Tough Trace. First cast and on the drop line started to peel off and I knew it had been hit. I flicked the bail over and instantly came tight on solid fish. Slow tail beats and strong runs signalled it was probably a Cobia and after a 15min battle the fish came to the surface and I was right. Another 10 min later and a few laps around the boat and I landed 125cm of Cobia.

The next cast and the Dartspin hit the bottom so I commenced a very slow hop back to the boat. On the fourth hop as it dropped back down I saw the line kick and I knew something had eaten it. As I lifted the rod I came tight and this time it wasn’t as sluggish but still put on a solid battle and I landed a 110cm Jewfish. You wouldn’t believe it but on the second cast as it was hopping back to the boat it got slammed again by what I think was an even better quality Jew but I will never know as it got me back into the artificial reef and busted me off.

After that the went off the bite, probably due to the lost fish spooking the school and all I could get on the baits was a couple of Black Tip Reef Sharks.” – Leigh Holtsbaum 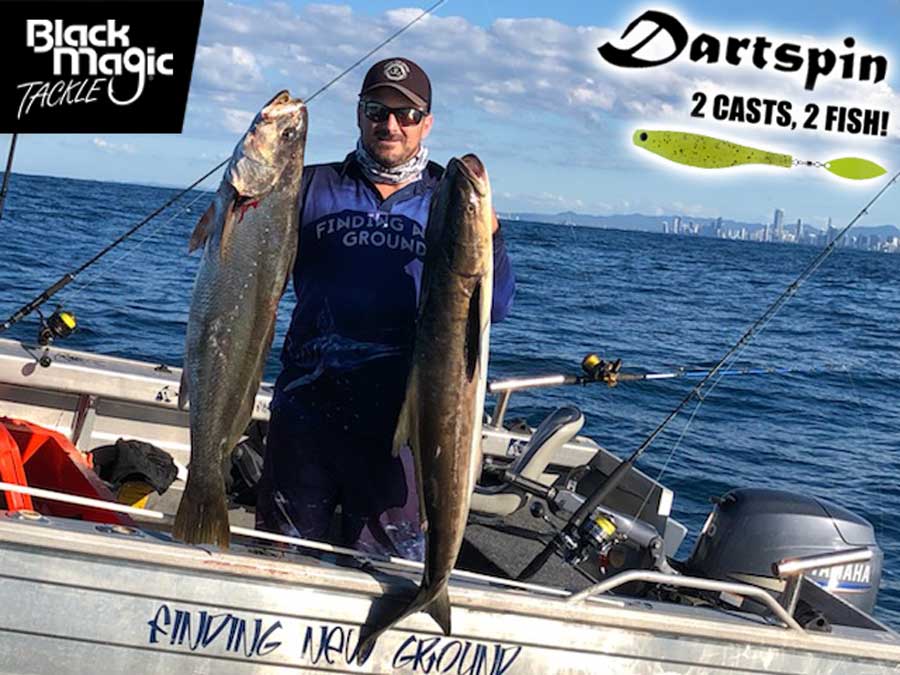 This story is a great testament to the ability of the NEW Dartspin lures. Ask for them at your local Black Magic stockist and try them on your next trip or learn more about them here. 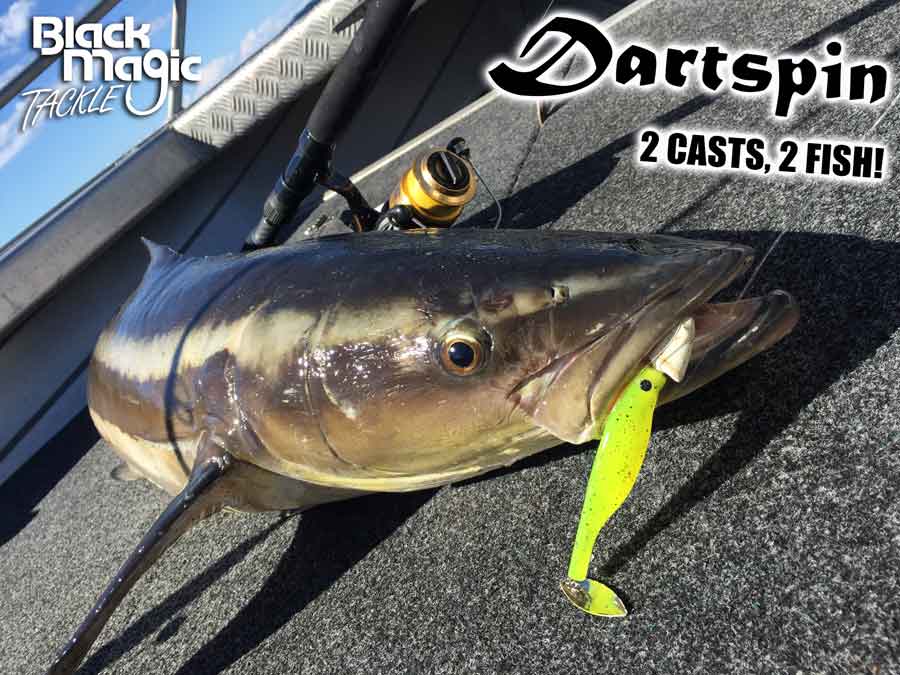