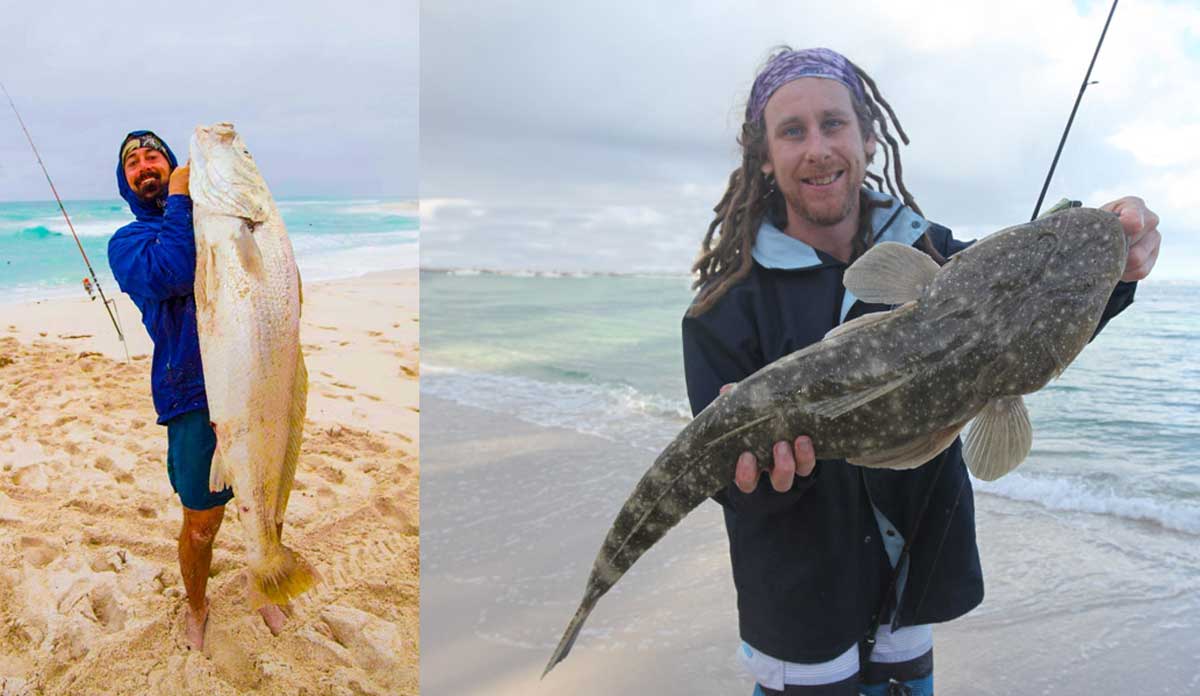 Catching fish from the surf beaches is one of the most basic and relaxing styles of fishing there is. While it can be an extremely productive way to fish, it also requires quite a bit of knowledge of what to look for, and how best to approach your target species.

How to read the beach to decide where to fish… 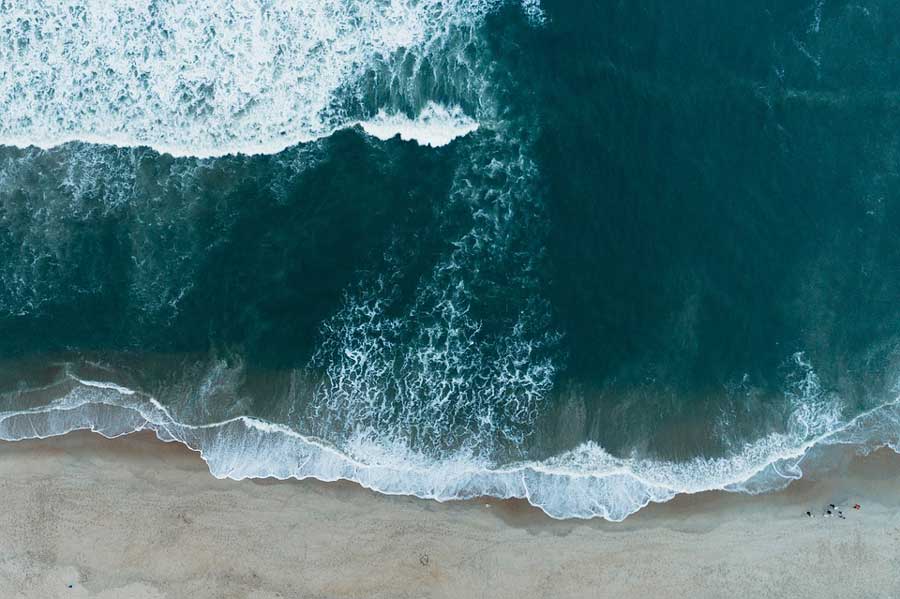 Without a doubt, the most important element to catching fish from the surf beaches is knowing how to read the beach. Many anglers think beach fishing is a lucky dip, and that it doesn’t really matter where along a beach you choose to fish. The truth is though that 90% of fish you catch from the surf will be caught from the deeper gutters and troughs. Sometimes these high percentage zones can be quite large and spaced closely together, while at other times they can be as little as 30m wide and kilometres apart.

Fish are attracted and concentrated into gutters for a few reasons. First of all, the deeper water provides refuge from the turbulent surf zones, and it’s also where food like pipis, worms and crabs will wash into after being dislodged from the adjacent banks, which take the full brunt of the waves.

Fish like bream, whiting, dart, flathead and rays take full advantage of this, and they in turn start attracting other smaller predators like tailor and salmon. The food chain continues all the way up to apex predators like sharks. And then there’s the ultimate beach prize, mulloway, which are also drawn to these areas, especially after dark. 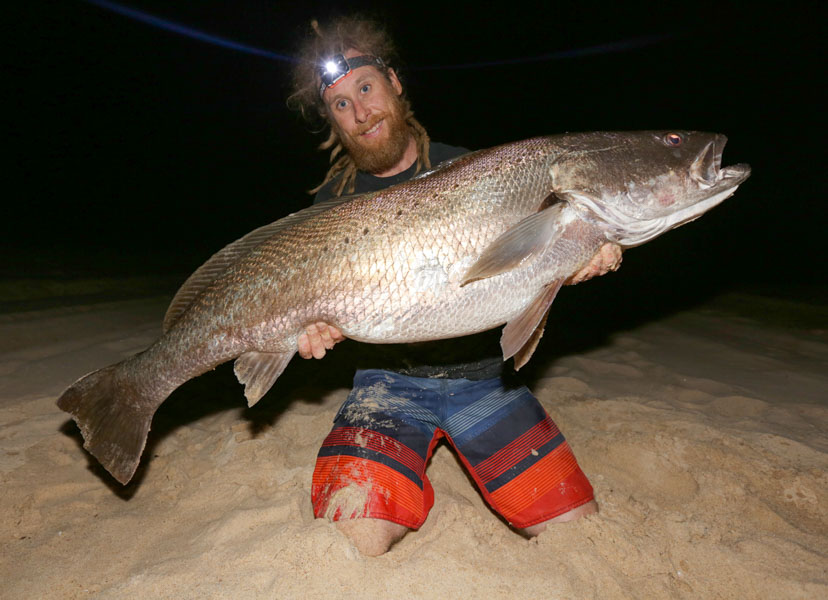 When you break it down like this you start to get an idea of how important it is to choose the right area to fish. Your decision will usually be the difference between catching something or nothing.

Identifying these areas is not that difficult, and the best way to look for them is from a high vantage point on low tide. You can spot a gutter between two banks, with darker coloured water funneling out to sea, and where the waves roll through rather than breaking. A trough is a deeper stretch of water running parallel to the beach with a shallow bank behind it. Sometimes you can have a series of troughs behind each other, which require large casts to make it into the zone.

Choosing your target species is important when fishing from Australian beaches…

Once you can identify where you should be fishing, the next thing is to employ the right methods for your target species. This is another factor that many anglers get wrong when fishing from the beaches, especially when it comes to bait selection. Fish on the beaches can be quite fussy and switched onto their present food sources, which is why baits like squid, prawns and chicken gut will often perform poorly.

For bread-and-butter species like bream and whiting on the ocean beaches you just can’t beat live worms or pipis for bait. You will also get plenty of welcome by-catch using either of these baits; the likes of salmon, dart, flathead and mulloway all find them hard to resist. 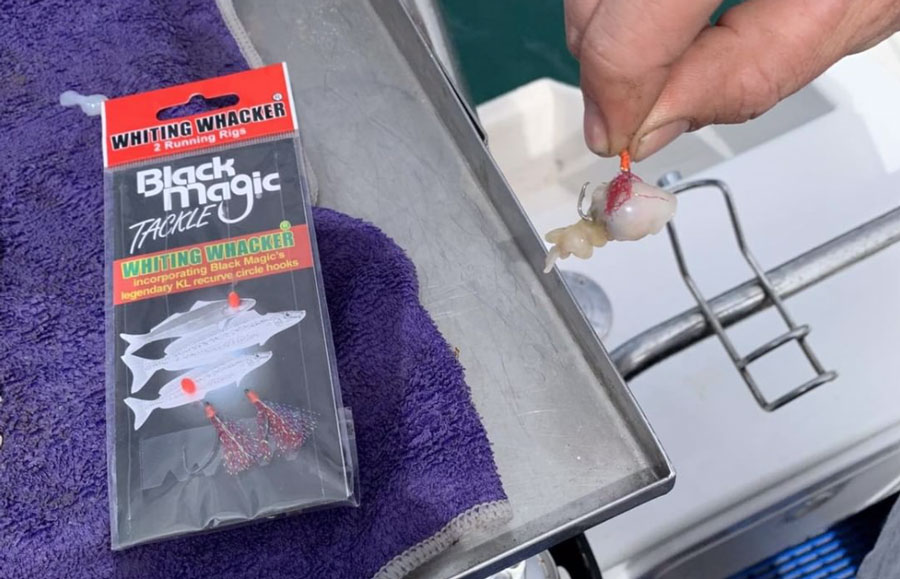 Setting up for this style of fishing is super simple, especially using some of the Black Magic pre-made rigs. The Whiting Whacker, Whiting Snatcher and Sandy Snatcher are perfect for this style of fishing. The Whiting Whacker and Snatcher run small KL circle hooks, which are better suited to pipi baits. The Sandy Snatcher uses long-shank hooks, ideally sized for live worms. Both are a double paternoster rig ready to go out the packet. 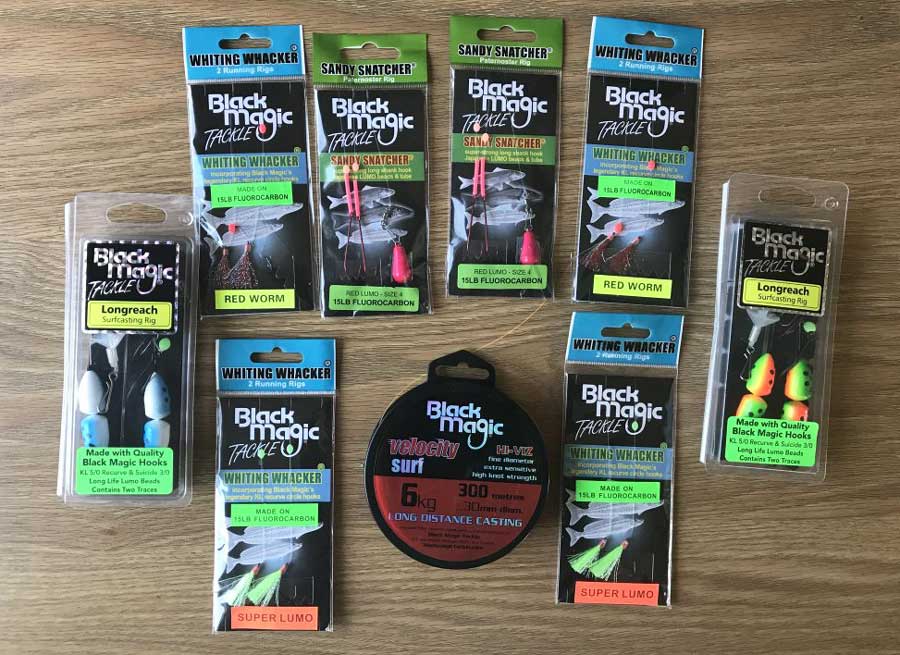 Black Magic also make what they call a Longreach rig which, as the name suggests, gives you significantly extra distance when casting. These are best suited to using half pilchard baits to target the likes of salmon, tailor or even mulloway. While the rig looks a bit complicated, once you tie it to the rod you’ll see that it’s very simple and great for reaching that far-out trough that is out of reach of standard rigs. 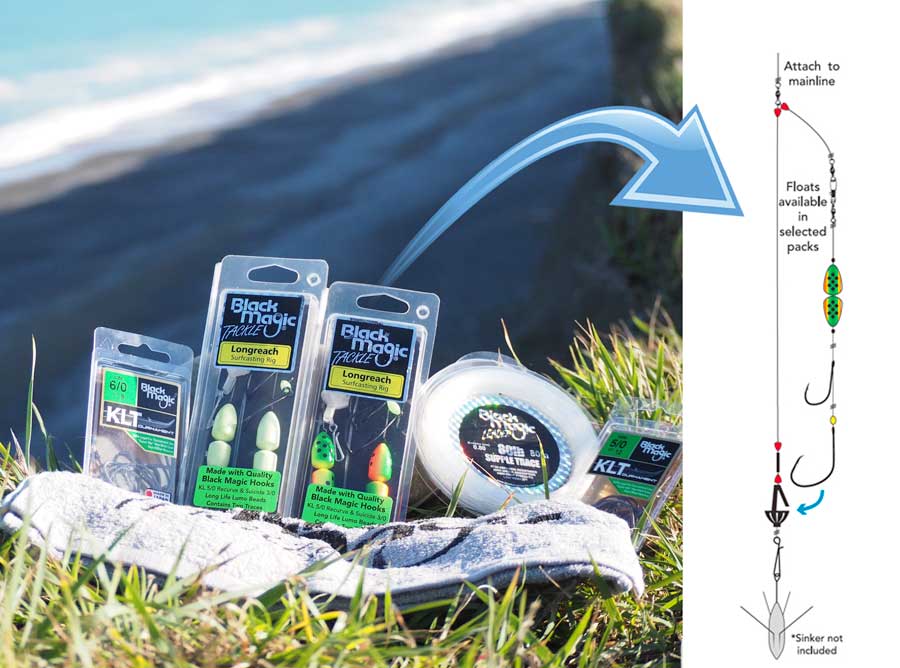 Longreach rigs use larger hooks, with a 3/0 suicide and 5/0KL combination with a float on the arms of the dropper to keep your bait slightly off the bottom, away from the likes of crabs and rays. To cast it, the bottom hook clips into a plastic shield near the sinker to give an aerodynamic, super long cast, and once it hits the water the hook disengages from the plastic shield.

What’s the best rod and reel combo for fishing from the beach?

The good thing about beach fishing is that unless you’re targeting mulloway with large baits, you can have one rod that virtually covers everything else. Something around 10-12ft with a softish tip that quickly locks up two thirds of the way down the rod is a really good compromise.

Spin reels in the 4000-6000 size, or smaller Alveys, are perfect for this style of fishing, and I always spool them with monofilament line. While I probably use braid for 90% of my fishing, mono is far superior from the surf beaches. Mono seems to resist tangles when rigs get thrown around in the surf, whereas braid will catch on just about anything. A good 6kg mono such as Black Magic Velocity Surf will handle just about anything from the beaches, plus it’s a high viz orange so you can easily see your line direction.

Spooled up and ready to cast with Black Magic Velocity Surf line.