Blair Whiting is an experienced fresh and salt water angler, based in Napier, New Zealand. He was the perfect person to test the casting ability of our new Hyperglide® 13x Braid, in his local fishing spots.

When I first got my hands on Black Magic’s new Hyperglide® 13x Braid, I was impressed at how smooth and well-built the line looked.

The ‘Tekapo Blue’ colour was an excellent choice for a casting braid as something closer to the waters colour is very important for stealth casting to wary fish.

I was interested to see what benefits the braid had casting to Trout in very clean water, and fishing in saltwater with a combination of lures and lightly weighted baits.

Trout are generally very line shy; they notice some things many other fish wouldn’t. So, putting a brightly coloured braid over the top of them tends to only scare them. The light blue colour blends in with a blue sky when looking up. It also doesn’t look out of place when looking upstream underwater, as most of the waters I fish have a slight blue tinge, and the braid combines perfectly with this.

I set some 8lb Hyperglide® onto a 2500 size reel, attached a light leader and began to walk the riverbank sight fishing as I went. Using a small Black Magic BMax 50 lure, I casted it out close to the structure, mainly the overhanging willows and fast flowing runs. The braid cast well with very light lures, I even tested it with weighted nymphs, and it shot those out too. The braid casts incredibly far and there weren’t many places I wanted to fish that I couldn’t cast to, even when the river was very wide. 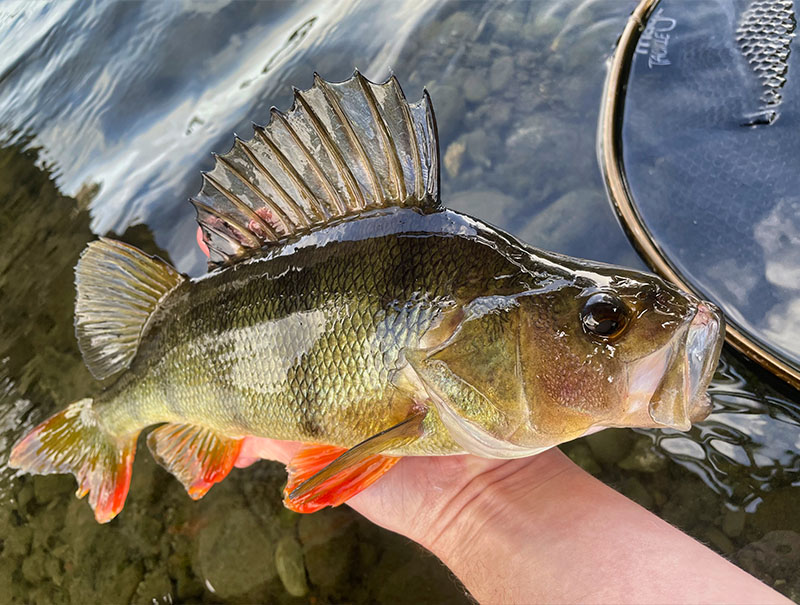 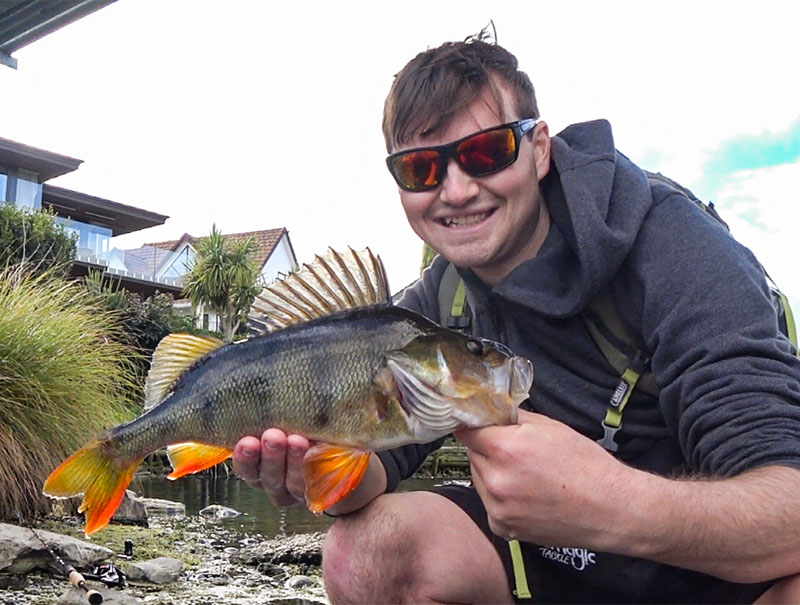 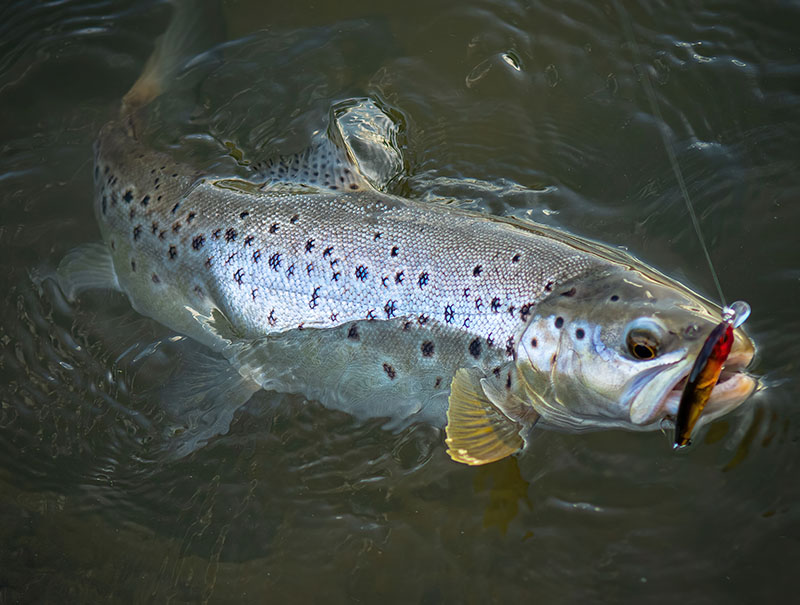 Any small bump from the bottom, or a Trout grabbing the lure, sailed up to my rod tip letting me set the hook quickly. Within short succession I had two Trout to the bank. They put the braid through its paces with one ripping off a 30 meter run up the river which had me scrambling to follow. This braid had more than enough supple feel and smoothness through the guides for me to confidently take on some bigger fish.

The moment to try it on some big Rainbows (averaging 5lb) came in my local lake fishery, Tutira. I decided to try some light paddle tail soft-baits on a drop-off near a stream mouth. I wanted to test how the braid performed on the sink and for blind strikes deep in the water column. After casting out I kept the bail arm open and watched the braid leave the reel. Some other braids I have used can get caught up around the spool, but I was pleasantly surprised to see it was running out with no hitches.

It was easy to see when my lure touched down and then engage the reel to begin the slow retrieve up the drop-off. The hits came quickly and even the slightest touch was sent right to the rod telling me the fish were there. Finally, I had a full commitment and I struck into the grab; a big jack sailed out of the water testing the braid well as it screamed out 30 metres. After a short session I had two large Jacks averaging over 5lb and was satisfied with how the braid was casting and how it performed with a fish on.

Testing the 16lb braid in saltwater was my next plan, targeting Kahawai and Gurnard on slow jigs. As I noticed in freshwater, the line has particular strength in cast distance and also on the drop. Kahawai tend to hit on the way down and require a good indication when a jig is falling. Gurnard were first to the party and required a little coaxing to bite.

I easily felt the nips at the skirt and ‘fed’ the lure to them before a good hook set into their jaw. Kahawai were totally different, smoking the lure seemingly from nowhere but the Hyperglide® easily handling the load on the rod. Later in the day I tried out line ledger fishing to see if I could put some real hurt onto the braid and really wring out some performance. I got a double of 2.5kg Kahawai on and it was great to try and push the limits of the product. The 16lb braid ate it for breakfast.

Overall, I thought Hyperglide® was an excellent braid for both freshwater and saltwater fishing and a variety of species, excelling particularly in distance casting and soft-baiting applications. The colour is uniquely different adding some good stealth application in Trout fishing. Highly recommended. 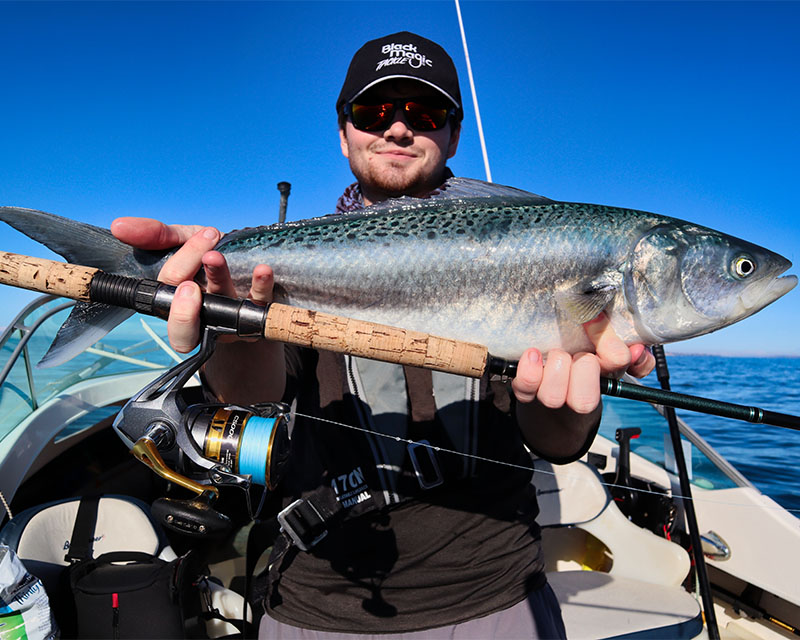 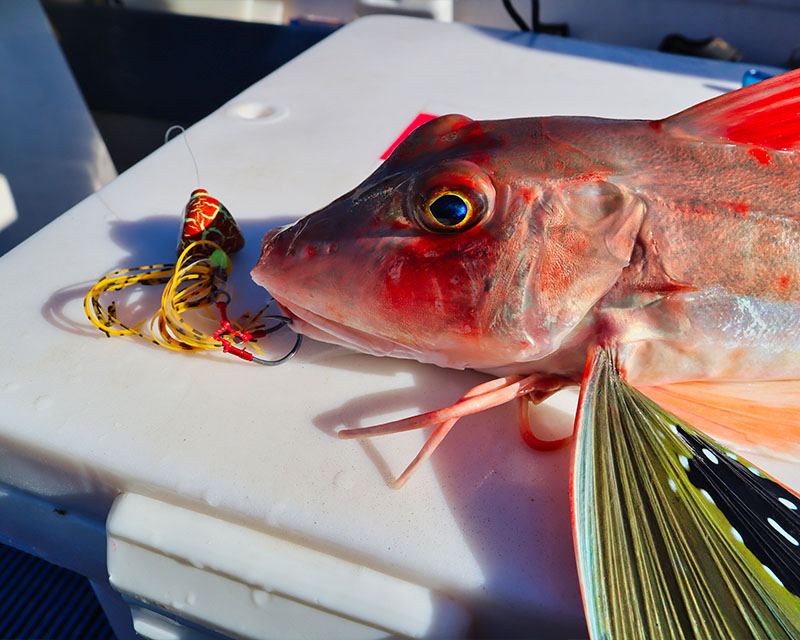