This article is written by Black Magic’s Jeremy Troup on how to target bigger fish with a focus on snapper.

I recently tried answering a letter in the NZ Fishing News magazine. It raised the issue of catching too many little fish and once caught, what the angler should do with them. My reply centred on the obvious. Target bigger fish. Easier said than done for many but let me expand on some key points. I’m going to focus on snapper as they are the most sought-after species as a percentage for Kiwi anglers. 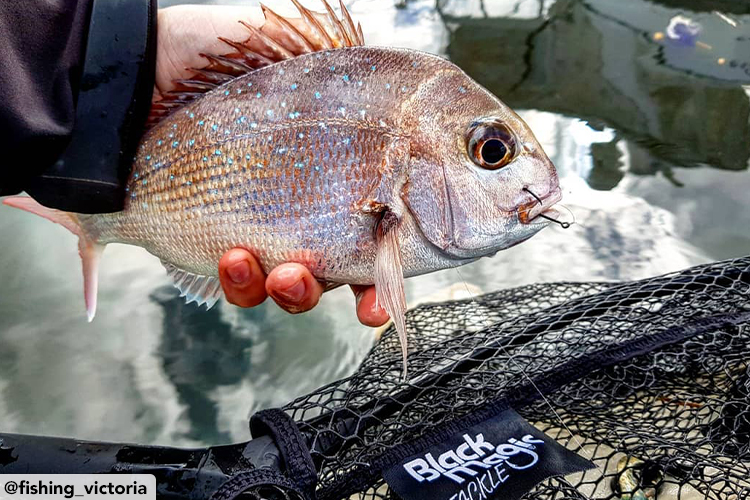 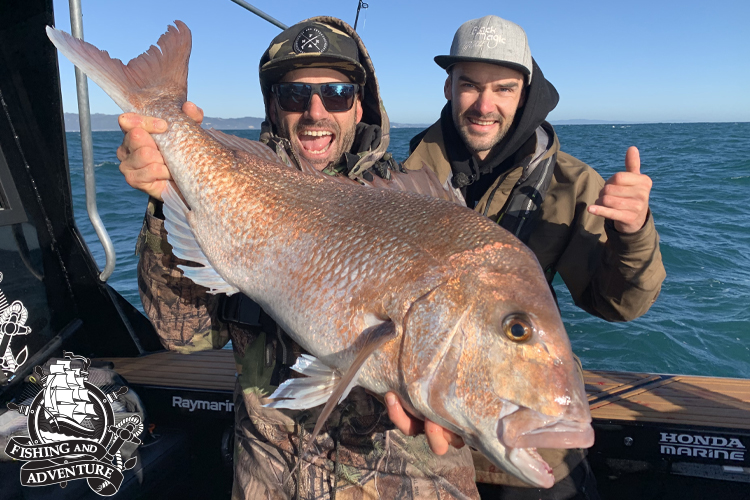 ​The difference in size between a snapper of under a year old and a snapper over 5. 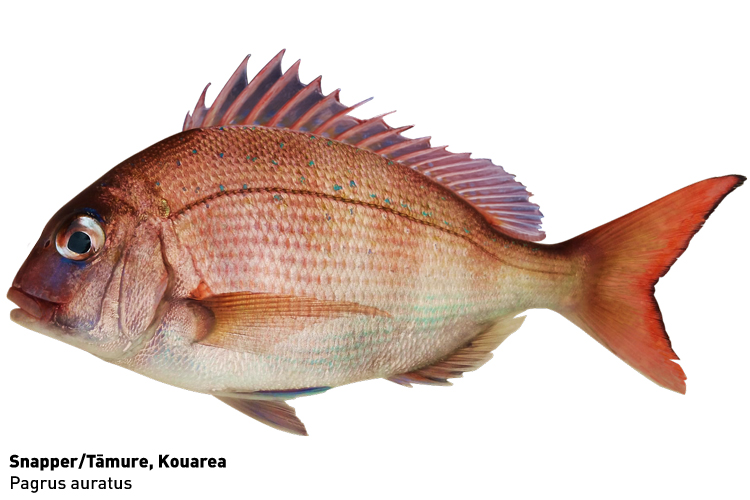 So, the billy basics about snapper. They are relatively slow growers. They are scavengers and will investigate anything put in front of them when hungry. It doesn’t take much to induce a bite from a snapper and that’s one reason they’re a popular target fish. Whilst you can get them on longline, drone or spear, most prefer the traditional fishing rod with either bait or a lure, so let’s focus on those.

Bait fishing is preferred by the majority but there is no doubt lure fishing is increasingly popular. If one looks at why bait is still the ‘go to’ for most, it probably comes down to just one thing. Taste. With lure fishing, you’re appealing to a sense of sight rather than taste. Some lures can give off scent while others may have some form of rattle to appeal to a fish’s lateral line. Some anglers would argue a lure has better movement than a dead bait, enticing a hungry snapper to have a crack at it. However, I suspect even a dead bait such as a freshly killed squid, slowly wafting down a burley trail to the sea floor, would turn a hungry snapper on more often than something less natural, like a lure jumping up and down like a yo-yo. Some would debate this but in reality, both bait and lures have their place in the arsenal of the most successful snapper anglers. Lures certainly appeal to those anglers who don’t like getting their hands dirty. So how do we use both tools to target bigger fish? 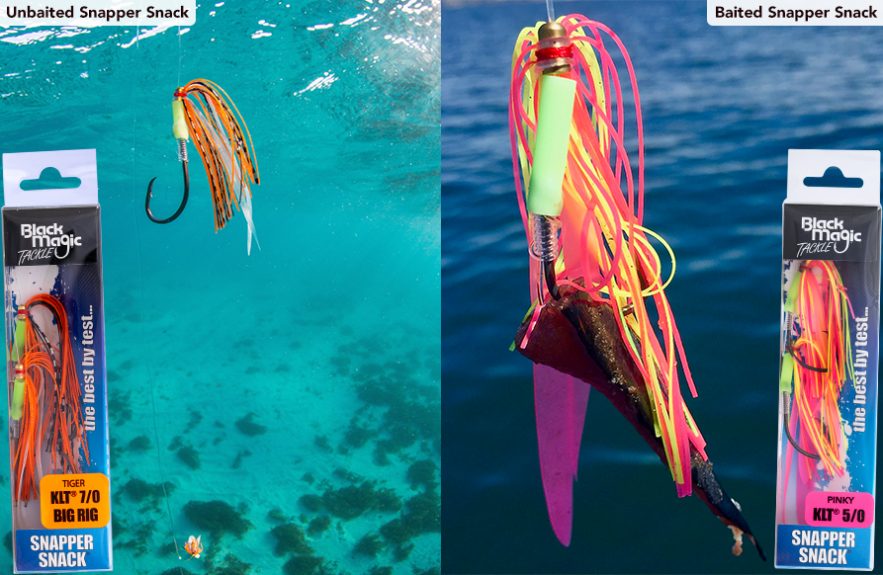 The Snapper Snack is an example of a rig you can use with or without bait to hook up on some big fish.

A bait fisherman from a boat may typically start by using 10kg mono line on their reel. Some 60lb trace adds extra protection at the ‘sharp’ end. With this sort of set up, you will be able to stop most snapper you come across with relative ease, particularly Auckland Harbour fish. You may even stop bigger unexpected quarry such as a legal kingfish. This is a nice starting point for your snapper fishing, particularly if operating in water up to 30 metres deep. If you fish deeper most of the time, you are clearly an angler who either lives in an area where deep water is in close, or if you are from say Auckland, you are an angler who prefers the wide open spaces of what is affectionately known as the outer Gulf. In deeper water, braided lines are preferred for their zero stretch characteristics which allow you to feel the bites much easier. 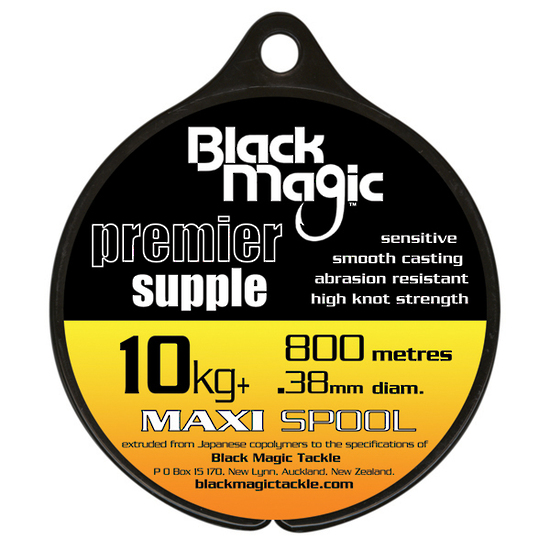 Mono for under 40 metres 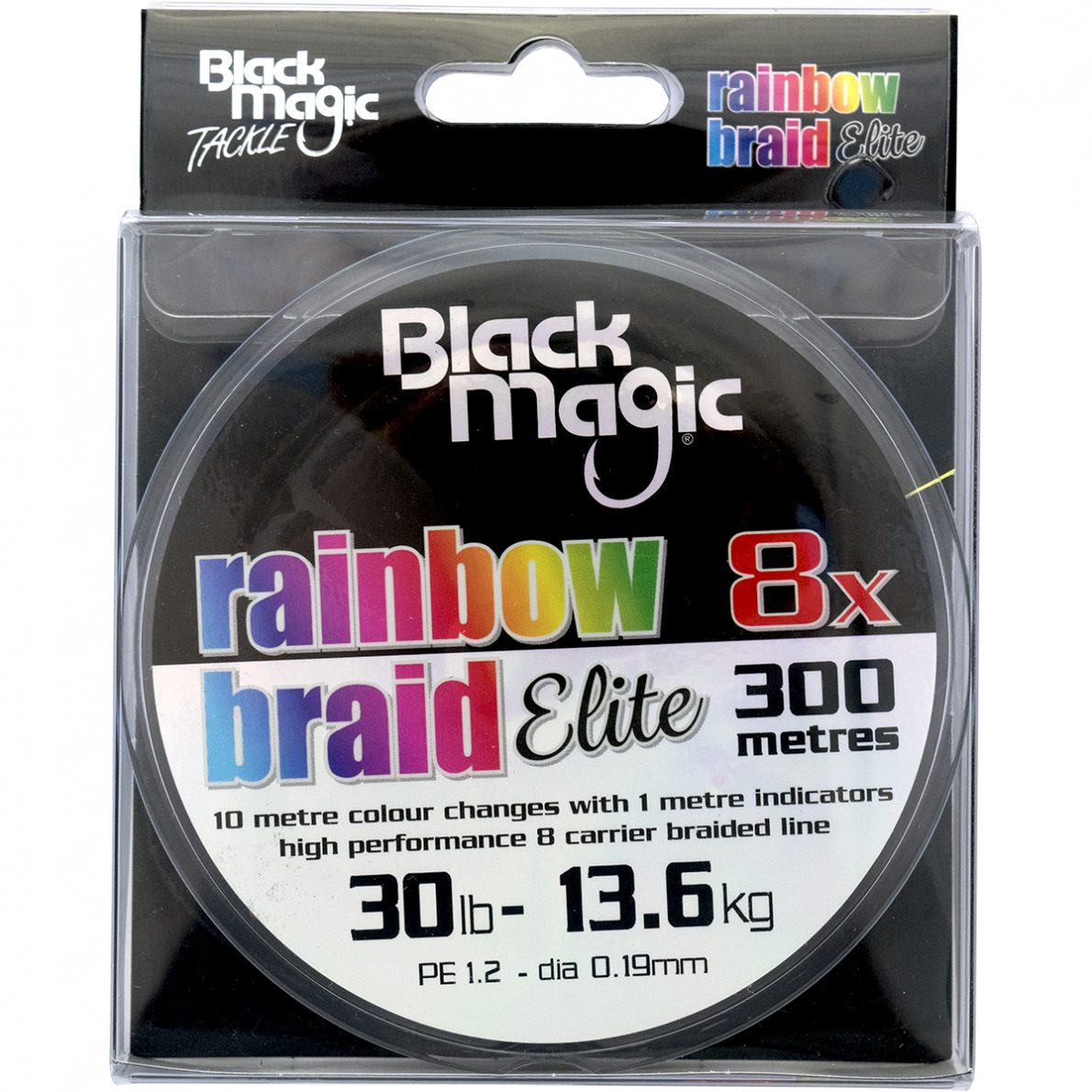 Braid for over 40 metres

One way to improve on your snapper size is bait presentation. While juvenile youngsters will have a crack at anything that resembles food, bigger models can be pickier. Who knows, maybe they’ve seen too many of their mates ‘heading north’ never to return. Once you have mastered the 10kg mono, anglers then start downsizing in line weight. The benefit here is that the bait can appear more natural as it drifts down, as there is not as much ‘lag’ in a thinner diameter line. Heavier line can be more affected by current or the drag of drift fishing giving the bait a less natural descent through the strike zone. These naturally presented baits are far more attractive to bigger fish. Whilst you can keep the same trace on, many anglers these days are opting to go to lighter weighted fluorocarbon which gives you further benefits in attracting bigger fish. e.g. it’s less visible to fish allowing an even more natural presentation of your chosen bait.

Personally, for my harbour fishing I like to use 6kg BM IGFA mainline and 40lb BM Fluorocarbon. If in ‘bear country’ such as places like Great Barrier Island, I’ll move my mainline up but will still stick with the 40lb fluorocarbon, depending on terrain. The problem with downsizing is that when the ‘bear’ does pay you a visit, you’re relying more on angler skill vs strength of connection. If competition fishing, this especially becomes a consideration.

Some anglers try to use the finer diameter braid in this shallower water. With no stretch however, it does require much more getting used to. Often the fish feel the resistance when biting due to the lack of stretch causing them to shy away. You’re better to fish ‘out of gear’ with suicide hooks in this scenario. Allow the fish to freely swim off with your bait and then engage and strike. 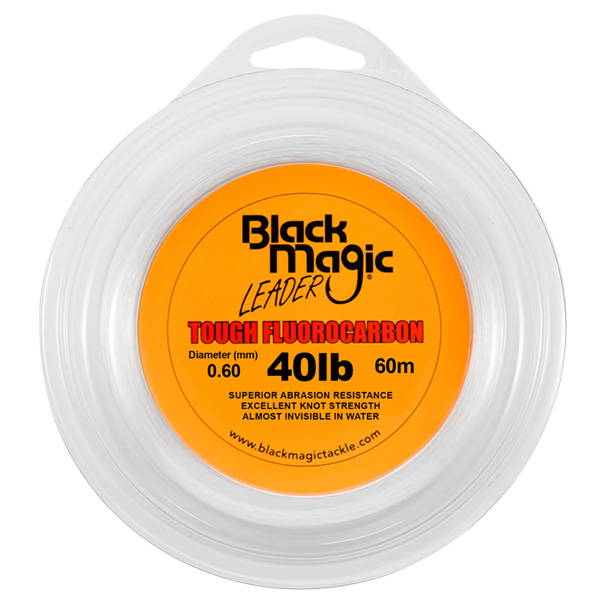 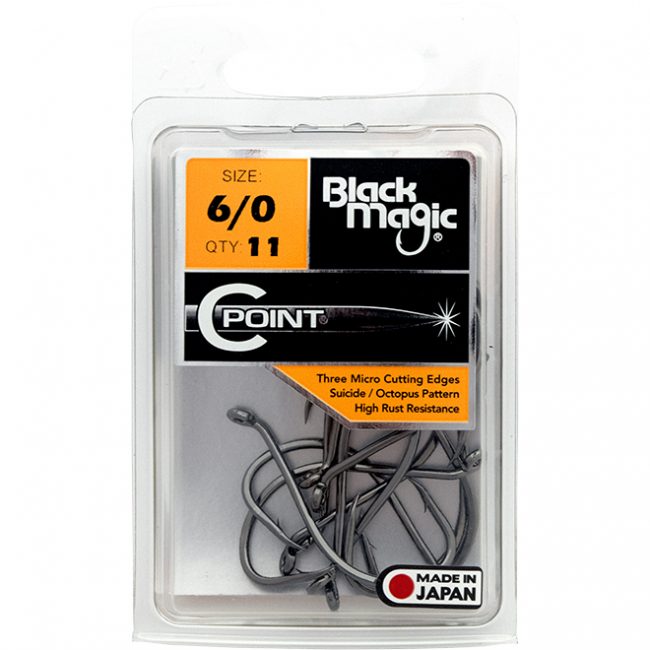 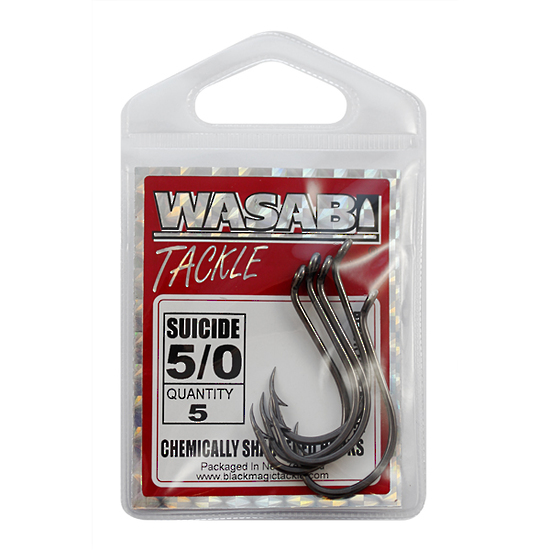 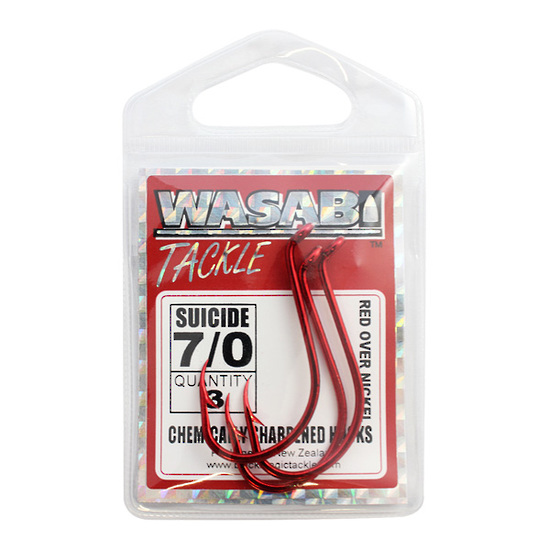 I still like to use mono up to 50 metres when bait fishing but there is no doubt that braided lines are easier at 40 metres plus. Bite detection is more noticeable in the deep and braid is preferable. Many anglers are drift fishing at this depth. It’s important to get your bait to the bottom as quickly as possible, so very thin diameter braid does this best. You may have trouble feeling the bait hit the bottom with mono lines at these depths. The bottom is where most snapper are feeding, so keeping your bait there for as long as possible is key when drift fishing.

In summary, if you’re fishing under 40 metres, stick with mono. Over 40 metres, shift to braid. You’ll get better bait presentation and it’ll help you catch those bigger fish.

Yes, elephants do eat peanuts. Trouble is that baby elephants eat peanuts too. So it is with snapper. Although a moocher will eat a half pilly, he will most likely find it demolished by his much younger siblings who have beaten him to it. So, it’s big baits for big fish. We’ve covered getting the bait down there in a natural looking way. To get those cagey ones to bite, we need to upsize a little/lot, depending on your target size. There is a caveat here though. In winter, the fish often prefer smaller baits. They are very lethargic feeders in winter. A small morsel is often all that’s required. In summer though, they are in hunting mode and will snap at anything. Big baits, big fish.

Your hooks should match your bait size with the points prominently exposed. When targeting bigger models, look at sizes from 6/0 up. You can certainly catch big fish on smaller hooks but the chances of the fish swallowing smaller hooks increases. No one likes throwing back traumatised fish, at any depth. 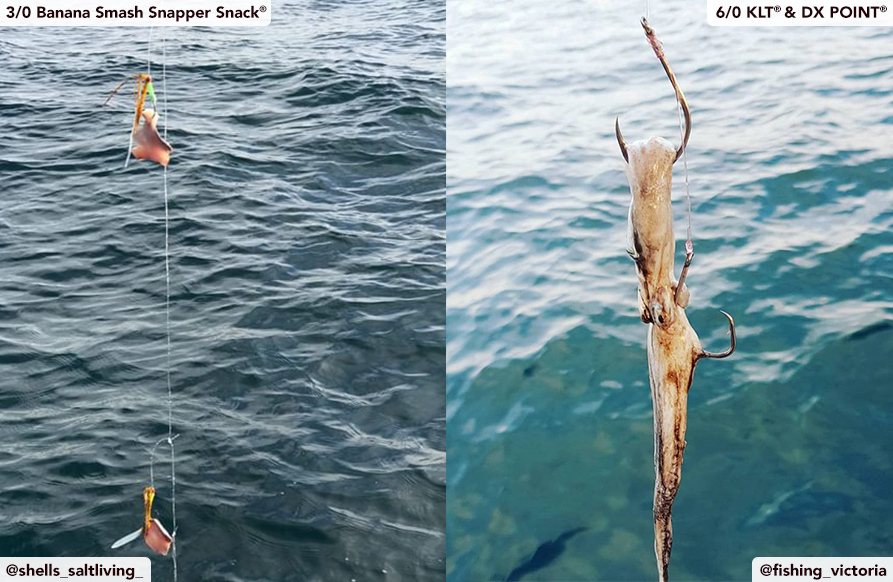 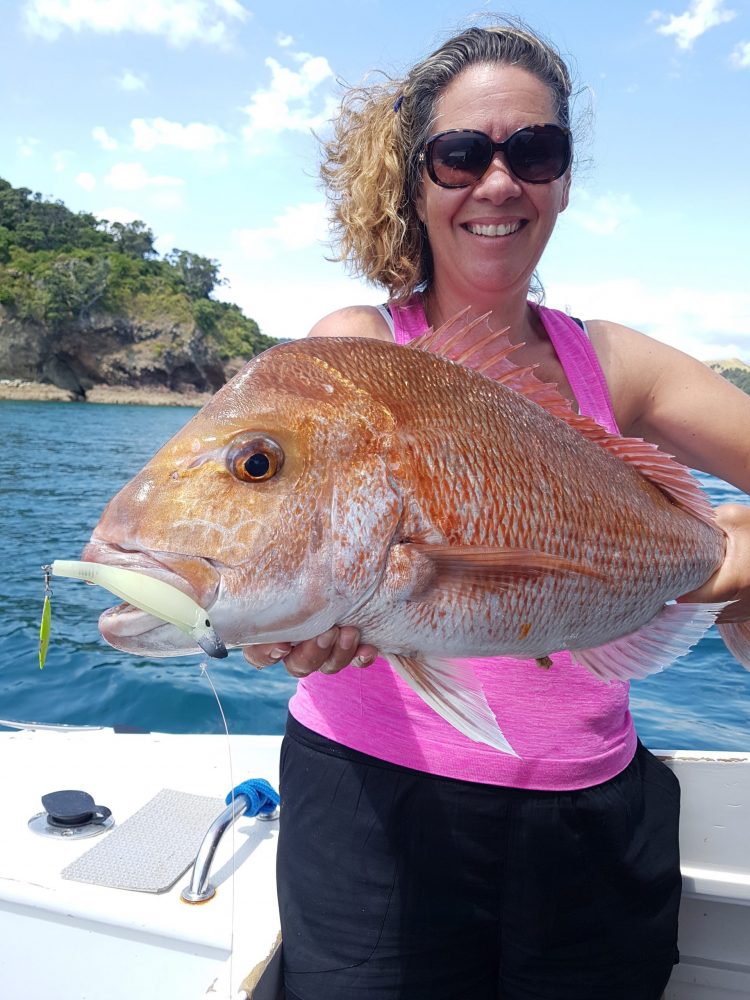 Using lures can be effective too. Using your knowledge, watching for birds, using your sounder or getting intel from social media channels comes into play more. Once skilled in this area, lure selection becomes your friend and you’ll probably end up with a myriad of different sorts, different colours and different weights.

I am a fan of both bait and lure fishing, but I reckon if it’s a big snapper you’re after, you can’t beat a big bait floating naturally down through the water column.

Paula Troup with a solid 14lb snapper caught on a ‘Glow’ Dartspin lure.

The old adage ‘fresh is best’ certainly rings true for me. There would be very few bait anglers who haven’t used store bought bait and why wouldn’t they. It’s convenient, comes in plenty of different types and is readily available. It’s generally packaged satisfactorily and can be kept in your freezer prior to your next trip. What it lacks however is freshness – in most cases. Store bought bait especially will attract the pickers. If you rely on the feeding frenzy taking place, you will attract some larger keepers, but in the process, you’ll be taking plenty of small ones off your line too. That’s unless of course you find yourself in a honey hole that only has bigger fish present. 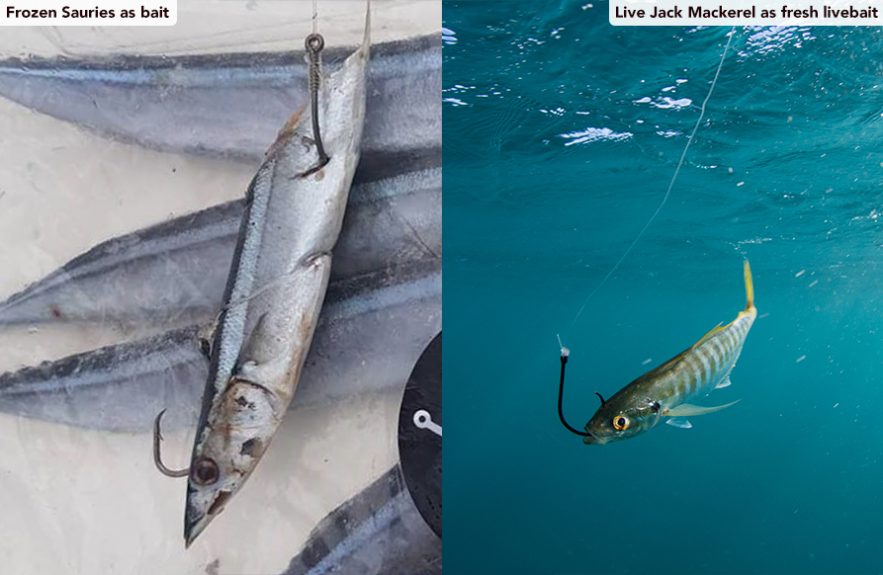 Consider catching your own fresh bait. It has a higher oil content, is generally harder for the fish to pick off and it’s plentiful if you take the time. Kahawai, trevally, squid or smaller stuff like jack macks and piper all make dynamite baits for bigger fish. Used dead or alive, these baits are a natural food source for bigger predators. You’ll have fewer issues with the smaller juveniles if used correctly. And the good news is that they’re free.

Bait fishing tips: Watch this video on how to catch your bait. It’s well worth the effort and great family fun can be had at the same time.